Just added to your cart

People often think of addicts as those who have made poor life decisions or lack willpower. But this simply isn't the case.

Genetic predisposition, not willpower makes someone vulnerable to addiction. Studies, along with brain imaging scans, have repeatedly demonstrated that genetics play a large role in addiction.

External factors, however, can contribute to addiction for those already predisposed to addictive behaviours.

So if a family member suffers from alcohol addiction, then your risk of developing the same illness is increased. Does that make alcoholism inevitable?

Just because someone has an alcoholic parent or other family members, it does not mean that they themselves will also engage in risky drinking behaviours. Even if they have inherited the genes that put them at high risk for alcoholism, their fate is not decided.

This is because, while the genetic factors that contribute to alcohol addictions are powerful, genes are not the only factor. Many other things can lead to someone developing alcohol dependency, including mental health problems, low self-esteem, and trauma.

Let's break down the research and explore what role genetics play in alcoholism.

Before we delve deep into the science of genes and substance misuse, it might be helpful to cover some terminology.

It appears that alcoholism runs in families, and for a long time, scientists have been uncovering the different aspects of addictions, including those that are hard-wired in our DNA. While research is still in its infancy, increasingly, scientists are beginning to uncover the genetic component of alcohol addiction. (1)

According to the American Academy of Child & Adolescent Psychiatry, (2)

Children of alcoholics are four times more likely than other children to become alcoholics.

However, there may still be environmental components that contributed to this statistic, such as learned behavior, or being exposed to trauma due to their parent's alcohol use.

A large number of evidence points towards alcoholism being a complex genetic disease, with variations in a large number of genes affecting risk. Adoption, twin, and family studies have shown us that alcoholism has a genetic component, even if the exact science isn't fully understood yet.

One Swedish study followed alcohol use in twins who were separated as children when they were adopted. They found that people were at slightly higher risk of alcoholism if exposed to alcohol dependence through their adoptive families. However, the twins who had a biological parent that was alcohol-dependent had a drastically higher risk of developing alcoholism, regardless of whether they were exposed to it through their adoptive families. (3)

Despite the strong empirical evidence for the genetic component of alcoholism, identifying the exact genes responsible is difficult, because so many genes contribute to risk.

What Genes Are Responsible for Alcoholism?

A number of genes have been identified that play a role in alcohol metabolism and the risky behaviors associated with alcohol abuse. Scientists have identified 566 genetic variants in 406 loci (a specific, fixed position on a chromosome) associated with multiple stages of tobacco and alcohol use. (4) 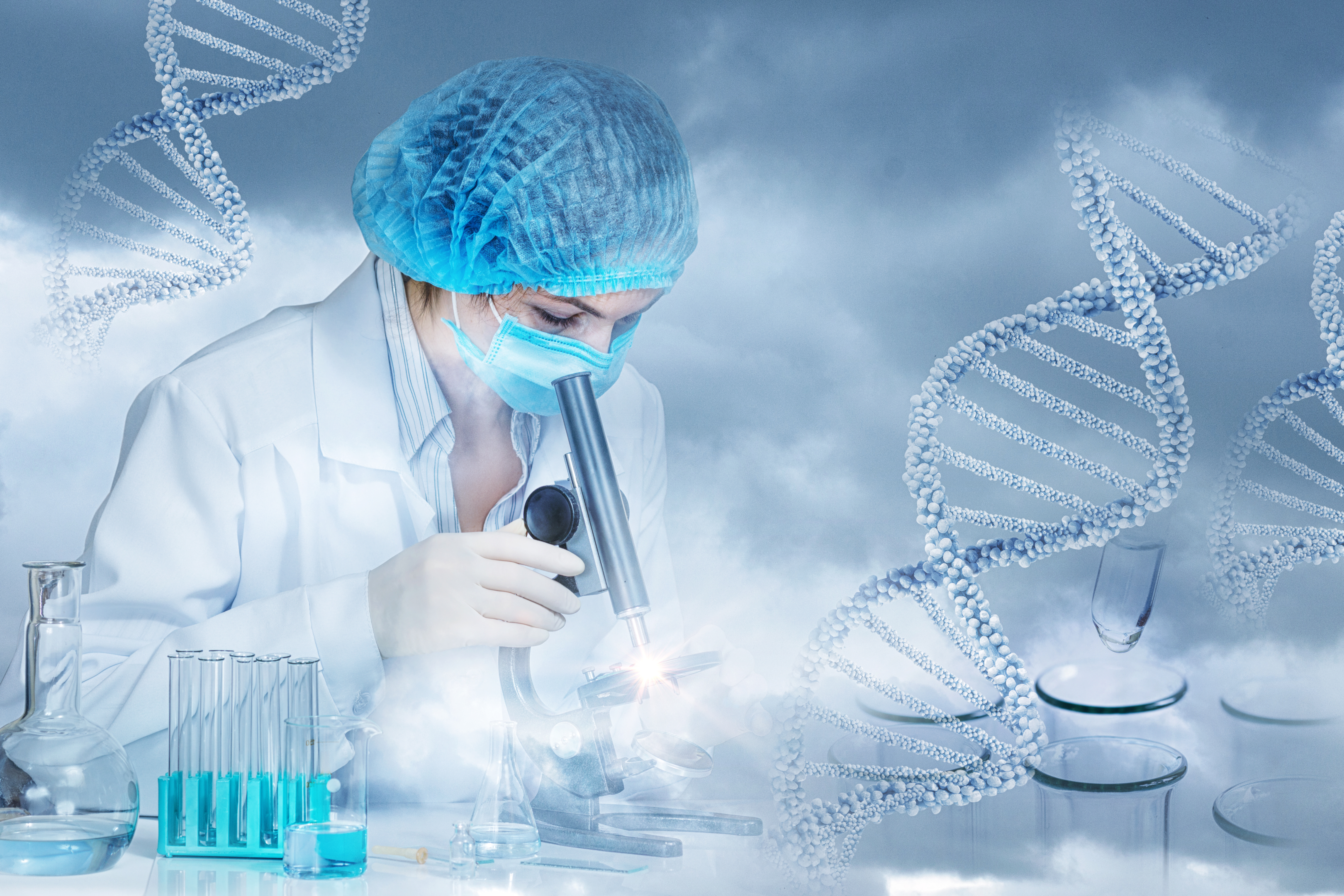 In particular, ADH1B and ALDH2 appear to be important. These genes affect alcohol metabolism and have the strongest known effects on the risk for alcoholism. Other studies reveal genes in which variants impact risk for alcoholism or related traits, including CHRM2, GABRA2, KCNJ6, and AUTS2. (5)

It appears that alcoholism has a complex relationship to genetics. There is no single alcoholism gene, but many genetic components contribute to dependency.

However, genetics also appear to play a role in alcohol tolerance.

In one study, scientists were able to breed two strains of mice, those genetically sensitive to alcohol and those who were not. The two strains of mice showed dramatically different behavior when given identical amounts of alcohol.

Another 2010 study identified the CYP2E1 gene being linked with alcohol tolerance. However, these findings need to be confirmed in future research. (7) 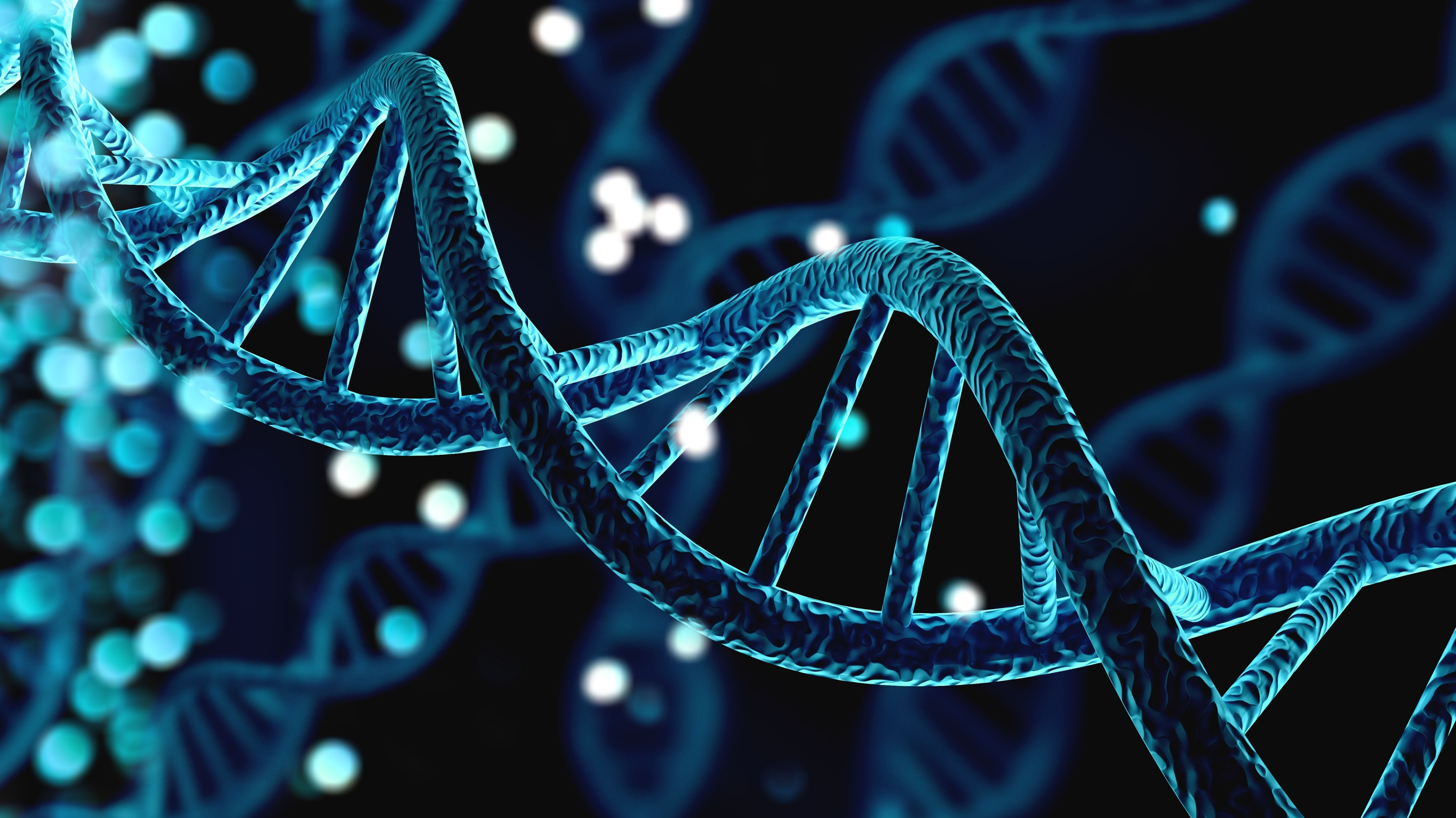 The researchers also note that previous studies have shown that people with a high alcohol tolerance might be more susceptible to developing alcohol use disorder. However, this particular study did not look at alcoholism itself.

While the research is too early to say for sure, but there is a possibility that future alcohol addiction treatment could include CYP2E1-like drugs to make people more sensitive to alcohol, causing them to drink less.

Can Alcoholism Skip a Generation?

Many genes and variations of genes affect the risk of someone developing alcohol addiction. Therefore, while alcoholism does have a genetic component, there is no guarantee that someone will develop it just because of someone of their family history.

That is not to underestimate genetic predisposition, which can also skip a generation. If a grandparent has an alcohol problem, the child could still be predisposed to alcoholism even if the parents are not. (8) 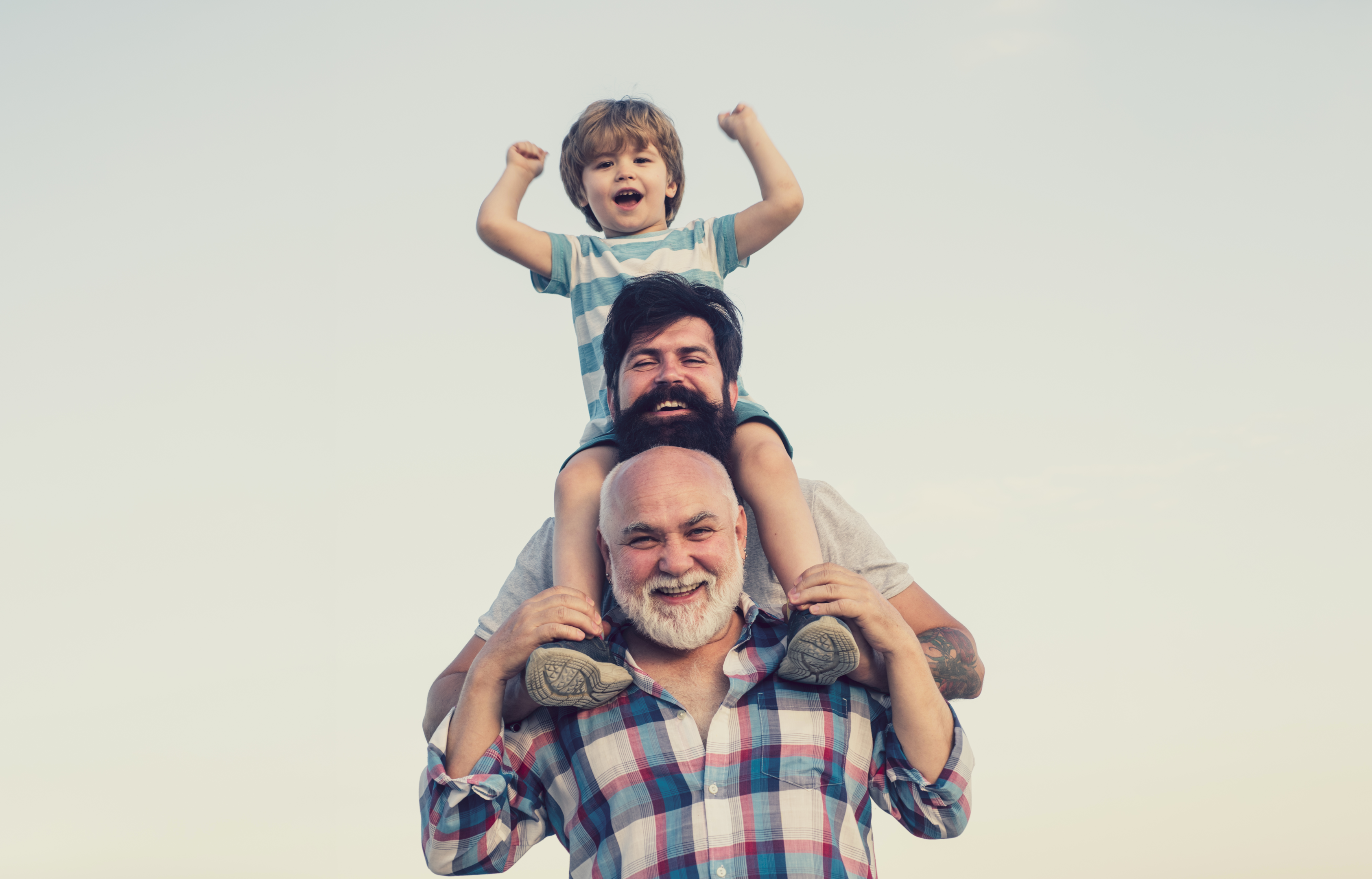 Can a Person Be Born with an Alcohol Use Disorder? 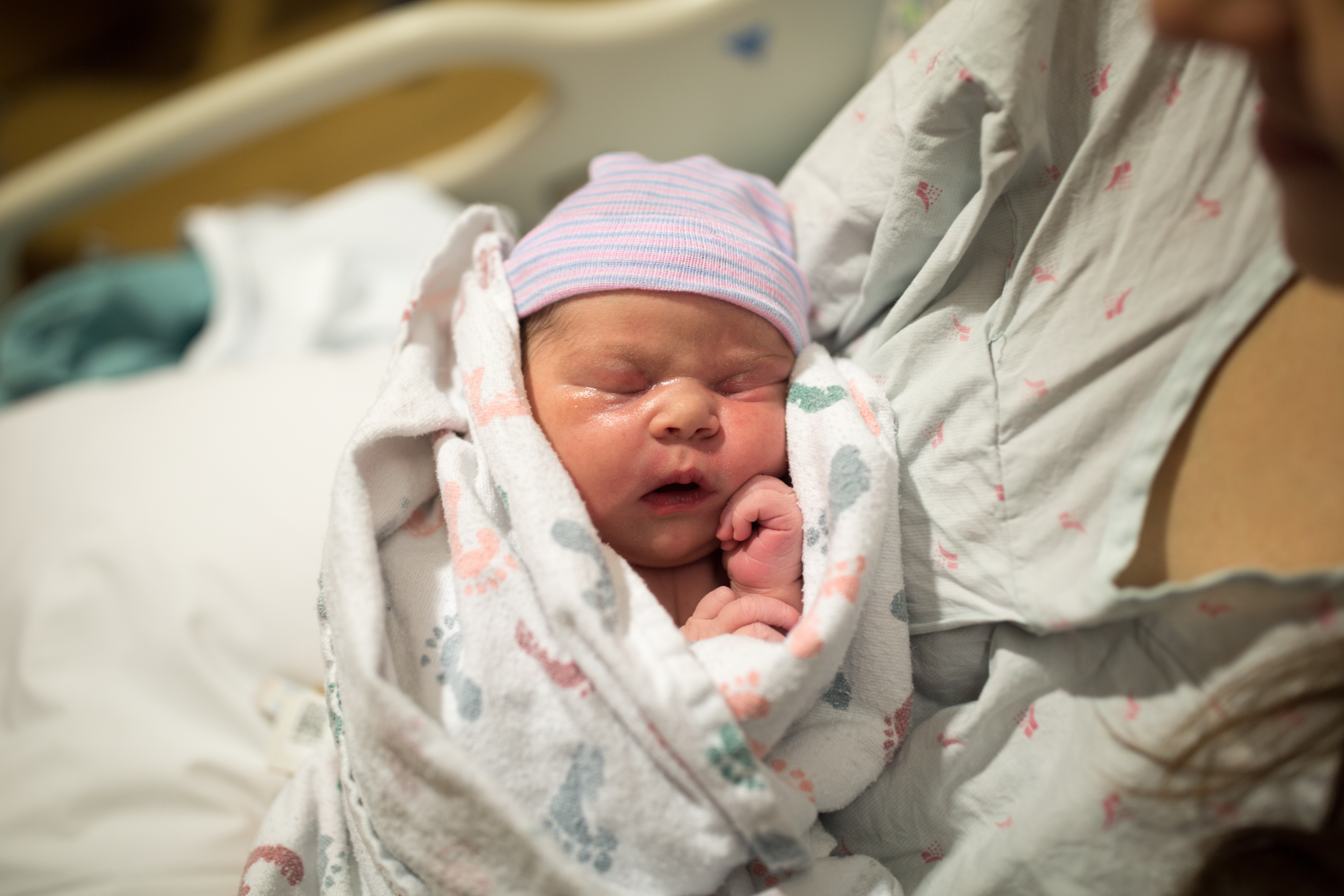 However, people can be born with mental disorders, which have a genetic component and often run in families. Certain mental disorders can increase a person's risk of developing an addiction to drugs and alcohol.

According to The National Institute on Alcohol Abuse and Alcoholism. (9)

About half of alcoholism risk factors are thought to be genetic.

The rest of these predispositions are due to social and environmental factors that a person experiences throughout their childhood and life.

Any form of substance abuse, including alcoholism, can have genetic components. If someone in your family has a substance use disorder, your risk of developing an addiction may be higher. Once again, science is complex, and there are a lot of different genes involved. (10)

Alcoholism has environmental and biological triggers, they include:

Environmental Factors Can Be Passed Down

While environmental factors aren't necessarily hereditary, they can still be passed down through generations. For example, if someone grows up in a household with alcoholic parents, they might have more access to alcohol at a younger age.

Furthermore, psychological dependence on a substance often stems from a person’s inability to cope with events in their life. Children who grow up where addiction and mental illness are present when emotional attachments and coping strategies are still developing are at a higher risk of developing addiction later in life, which can become a way to self-medicate.

Is Alcohol Use Disorder Inevitable?

If someone in your family is an alcoholic, it does not necessarily mean that you yourself will abuse alcohol, although your odds of developing a dependency are higher than others. While alcoholism has genetic traits, environmental factors must be considered as well.

"These genes are for risk, not for destiny,"

He also explains that no one deterministic gene will guarantee that someone becomes alcohol dependent.

"Alcoholism genes are multiple, they interact in unknown ways, and they have incomplete penetrance, which means you can have the genes but not be an alcoholic."

Tips to Avoid Alcoholism When It Runs in the Family

If alcohol use disorders run in your family, you may want to take extra care by limiting the amount you drink.

If you are a parent looking to prevent alcohol abuse for your child, awareness is key. Some good strategies that you can think about early on include: 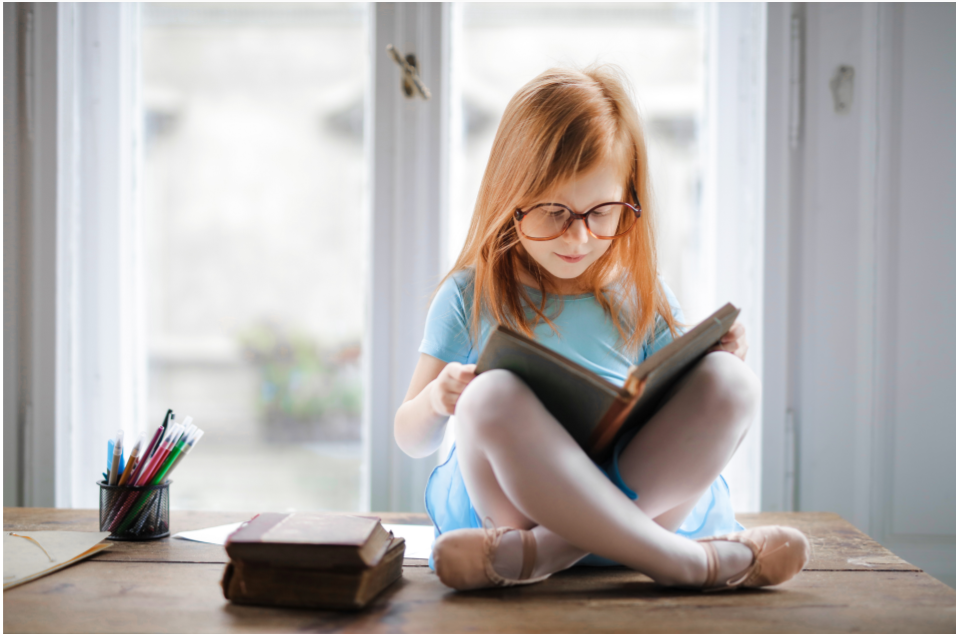 An Unlikely Place for The Future Research of Alcohol Abuse

Although several genes have been identified that contribute to addiction, the exact science isn't known. Gene expression and the interaction between different genes isn't fully understood.

One of the avenues for future research comes from a rather unlikely place: fruit flies.

While fruit flies may seem evolutionary distant from humans, they appear to have the same molecular mechanism as humans regarding resistance to alcohol. Scientists also claim that fruit flies behave in the same way humans do when drunk! (12) 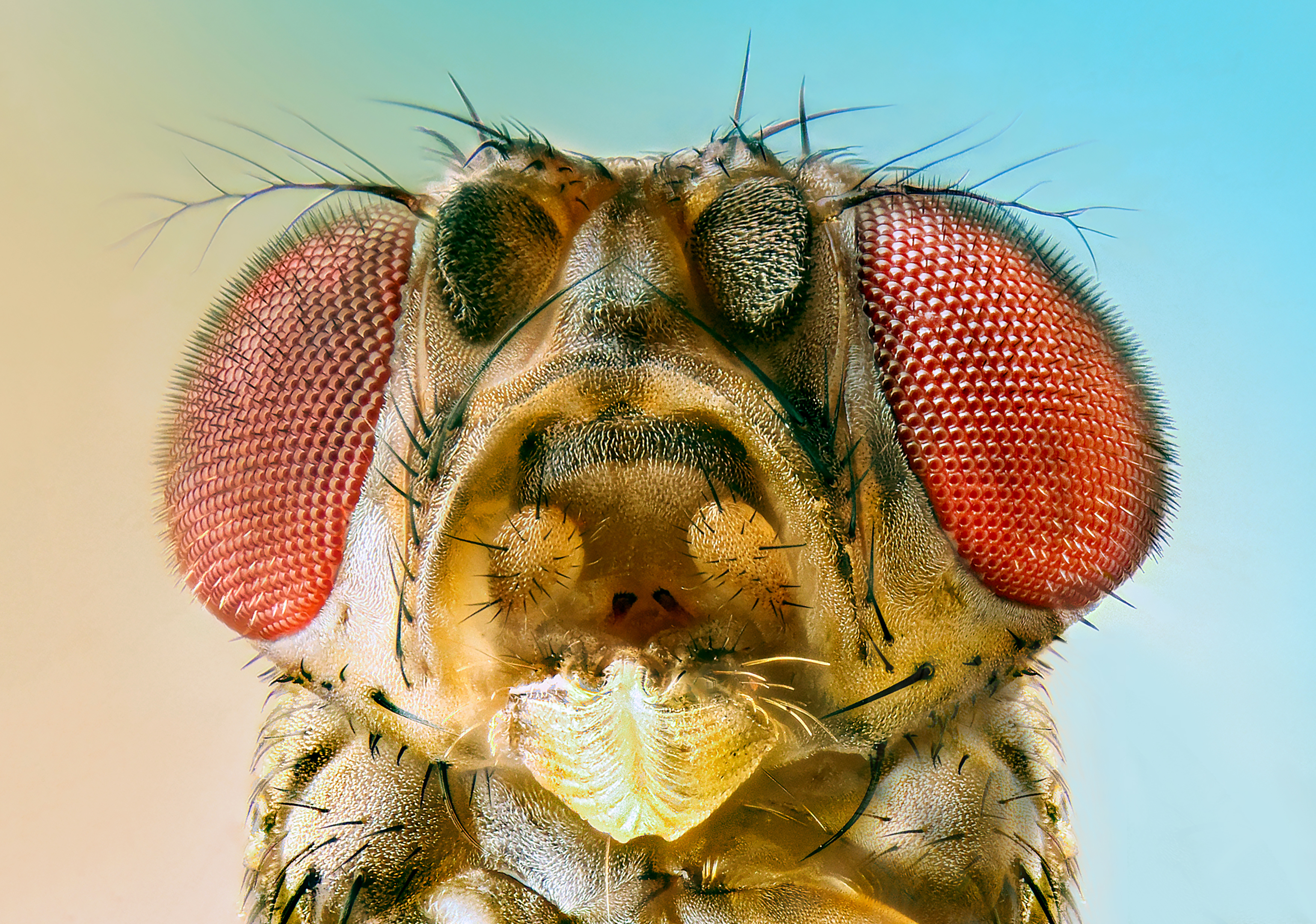 Researchers at the University of California at San Francisco (UCSF) use fruit flies to find the genetic causes of alcoholism. While research is still in its infancy, this is a promising avenue for future research.

We still do not know what most of our genes do, nor how, or to what extent, they govern our traits. The more we learn about our DNA and molecular biology, the more we will understand addiction and substance abuse. The more we know, the better we may be able to treat people suffering from addiction.